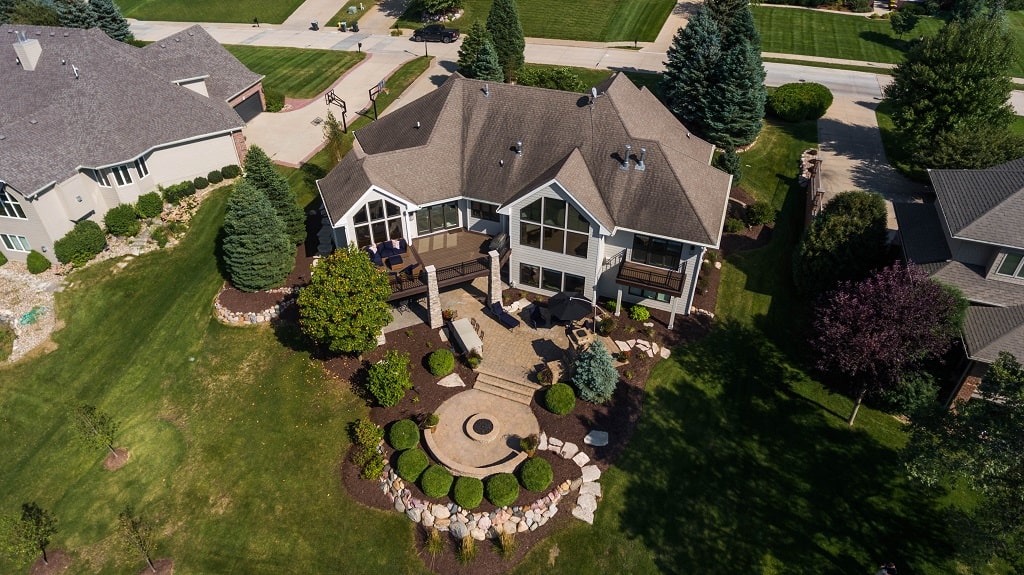 The Hawkeye State has more to offer than just rolling plains and cornfields. Possibly one of the most underrated places to live in the heartland of the United States, it boasts affordable living, economic opportunity, and a quality education system with a population that’s 90% literate to boot. Its smaller cities and towns, surrounded by countryside, offer an active urban lifestyle, not too far from nature.

The Iowan way of life paints an idyllic picture, and that’s not just because of its pastoral qualities. With living costs 10% below the national average and the majority of homes owner-occupied, it bodes well for those wanting to buy instead of rent. Additionally, Iowa has a unique culture, and its residents are known for their Midwestern hospitality and friendly nature.

Despite Iowa being stereotyped as a rural state, it has several large metropolitan areas, with large urban populations and diversified economies that extend beyond agriculture. Its modern urban towns and suburbs feel like larger cities in the US, surrounded by vast tracts of agricultural land, offer the best of both worlds.

Let’s take a look at Iowa’s best towns to live in.

How We Calculated The Best Towns In Iowa to Live In

When it came to selecting the best town in Iowa to live in, we took the most common factors that people desire when seeking a place to call home:

While Data USA and Livability provided baseline statistics, we also know that lifestyle factors are essential. For example, pensioners have different needs from families and single individuals. So, we’ve provided a list of the best small towns to live in, in Iowa that offers both urban, suburban, and slightly more rural options.

We should also clarify what we mean by a small town. For some, that conjures thoughts of country living, but this isn’t always the case. We’re merely referring to size. To give you an idea, Des Moines, Iowa’s capital, is four times larger than Manhattan when it comes to area size, yet despite its sprawl, still bustles with life and culture.

Are you looking for the best small town in Iowa to live in? According to the U.S. News, Des Moines is the 13th best place to live in the United States. The state of Iowa is a favorite among young millennials and first-time homebuyers, making it an increasingly youthful city. The state is so desirable as well due to its many elegant Tudor and Colonial-style homes and new housing developments cropping up.

Des Moines is a burgeoning art and culture destination in the Midwest and is home to an array of museums, The Blank Park Zoo, and the Des Moines Arts Festival. Employment-wise, nationwide companies like Hy-Vee and Wells Fargo have headquarters in the town, contributing to a solid business culture and a low unemployment rate of just 4%.

90% of the Des Moines population have a high school degree, so education levels are high, making it a great place to raise a family. Not to mention the town’s proximity to 600 miles of walking, cycling, and hiking trails that complement the town’s urban energy.

Close to top-rated schools and several higher education institutions, it's no surprise that its school district ranks among the best in Iowa. Forbes named West Des Moines the best in the country for its thriving business climate and subsequent job growth.

It has low unemployment rates of 4%, and crime rates 51% less than the national average, making it one of the best small towns in Iowa to live in. Valley Junction, its renowned shopping district, has beautiful antique shops and many dining options. It also hosts an array of events throughout the year and seasonal farmer markets.

Urbandale began as a streetcar hub in the early 20th century and is now a sought-after area to live in. It’s an excellent choice for families due to its stellar public school district and large population of college-educated adults, which provides an environment ripe for academic success — 48% of those 25 years and older have achieved a bachelor’s degree!

Many residents own single-family homes, offering community stability, and 63% of residents are under the age of 50, forming an energetic and vibrant city. Urbandale offers exceptional livability, with the cost of living 4.8% lower than the national average, low crime rates, and affordable housing.

When it comes to property, homebuyers can expect to find an eclectic mix of Ranch, Farmhouse, Colonial, Craftsman, Prairie, and modern style homes, as well empty lots of lands ripe for custom home development.

Just 20 minutes north of Des Moines, Johnston provides a solid, stable place to retire or raise a family. In the last 20 years, the town has undergone significant development and offers the best place to scale property. In recent years, housing developments have replaced cornfields, and home values actually grew during the recession.

Johnston is just 20 minutes away from Saylorville Lake and Big Creek, offering a wealth of recreational activities and more than 40 miles of trails and dozens of parks.

Thanks to good leadership, Johnson has an AA+ bond rating and the second-highest median income within the Des Moines metro. According to the city’s website, a 2020 survey found 87% of residents are satisfied or very satisfied with their quality of life, which is 15% above the national average.

Due to its low cost of living and enviable unemployment rate, Ankeny has become one of the fastest-growing towns in Iowa. Home to young professionals and families, Ankeny has over 20 good schools with championship sports and academic teams that are highly rated, with average standardized test scores 16% higher than the national average.

Its largest employers in town are agriculturally inclined, such as Monsanto and John Deere; however, Des Moines is merely 10 miles away, offering many employment opportunities. This city has dozens of grocery stores, hundreds of cafés and restaurants, as well as 73 miles of paved trails, including a municipal golf course.

The city’s extensive cultural programs, aquatic centers, and recreation leagues are ideal for families. Everything from grocery stores to schools, churches, and parks are within proximity, decreasing valuable commute time.

Close to the airport and a short drive to Des Moines, Indianola is home to the National Balloon Classic, a nine-day hot air balloon festival held every summer, and the Des Moines Metro Opera and Simpson College. And as of 2021, the city began its Streetscape Project, rejuvenating downtown.

The cost of living in Indianola is 9% cheaper than the rest of the U.S. According to PayScale, its housing expenses are 4% lower, while utility and transport are also 1% lower than the national average. And Indianola isn’t just cheaper; it also has high education levels, with students averaging 80% and above in literacy and math.

Crime and property prices are low, making it one of the best small towns in Iowa to live in for those looking to invest in real estate or buy an empty lot of land and build a customized house from scratch.

For the past five years, Norwalk has been ranked the safest Iowa city to live in. Located in Warren County, in this city, 77% of residents own their homes. Almost 50% of the houses were built after 2000, meaning that maintenance is relatively low compared to buying an older property. Norwalk also has a strong community school district, evident in its students’ 98.5% pass rate on standardized tests.

It is a town where everybody can find a lovely place to live at affordable prices, with many amenities and things to do. Home to three golf courses and plenty of outdoor areas, Norwalk offers plenty of outdoor activities for adults and kids alike, not to mention the bars, restaurants, and close by malls.

Living here places families within the Norwalk school district with access to the Great Western Biking trail, the Dale Maffitt Reservoir, and community events. When Chicago and Western Railroad abandoned their railway lines, the surrounding communities converted them into nature trails.

Situated in Dallas County, Waukee is a friendly, community-orientated city with quality schools, parks, trails, and enrichment opportunities. Over the past five years, the population has grown by 6% and has a median age of 33 years old, which is a major drawcard for families wanting to move from larger, densely packed cities to areas that offer a high quality of life with a lower cost of living. In this case, that’s 3%.

According to Livability, violent crime ranks at 0 per 1,000 people in Waukee, making it incredibly low and safe. In terms of employment, the most common industries in Waukee are Finance and Insurance, Health Care and Social Assistance, and Retail Trade. What’s more, this area will soon be home to an Apple data center. Currently in its planning phase now, the data center is slated to bring quality, high-paying jobs to the area. Residents’ customary jobs include management occupations, business, and financial operations roles, and office and administrative support.

Part of the Des Moines metropolitan area, Altoona is home to the Adventureland amusement park, Prairie Meadows horse racing track and casino, and 29 miles of bike trails, footpaths, fishing ponds, and recreational fields. With low unemployment and crime rates, and the cost of living below the national average, Altoona offers affordable real estate, cozy neighborhoods, and abundant employment opportunities around the city in Des Moines. In fact, Altoona is another great Iowa town that is home to a tech giant, Facebook.

Altoona provides high-quality educational opportunities as well. For example, 96% of residents have at least a high school education, and 31% of those have a bachelor’s degree or higher. Popular for its steakhouses and craft beer, Altoona has a mix of commercial and boutique shopping and a crime rate 35% lower than the national average, ranking it among the best small towns in Iowa to live in.

Iowa is packed with job opportunities in rapid-growing technologically driven industries like finance, health care, and retail. It provides many career and lifestyle options for families, retirees, and individuals who like living in cities but also appreciates the countryside. Its low cost of living and immense real estate value can provide a high quality of life for people at all life stages.

If you’re thinking of moving to one of the best small towns in Iowa and want to build a custom house or renovate an existing one, we can help. At Zenith Design + Build, we provide custom home remodeling services, and better yet, can build your dream home from the ground up. Contact us at (515) 518-0237 or click here to discuss your project.

The first step towards your dream space is free

Our FREE Remodeling Checklist will help you better understand why you want to remodel your home.

Remodeling your home is a big commitment. If you’ve never done one before, or if you’re interested in one, you probably have many questions…

After listening to many homeowner’s questions and concerns, we wanted to help eliminate the headaches and frustrations that are common when it comes to remodeling your home. Our FREE Remodeling Checklist contains the essential details to get your remodel started on the path of success.

Thank you! Your submission has been received!
Oops! Something went wrong while submitting the form. 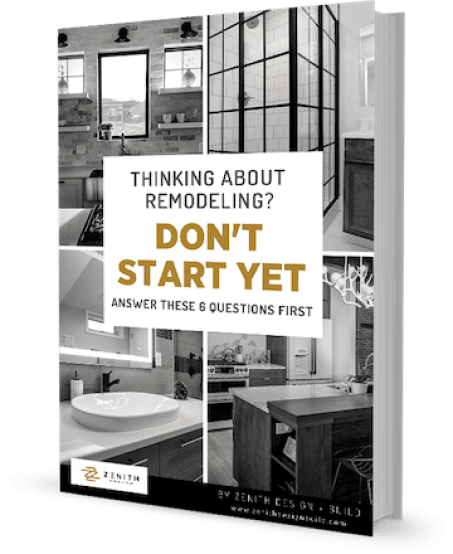 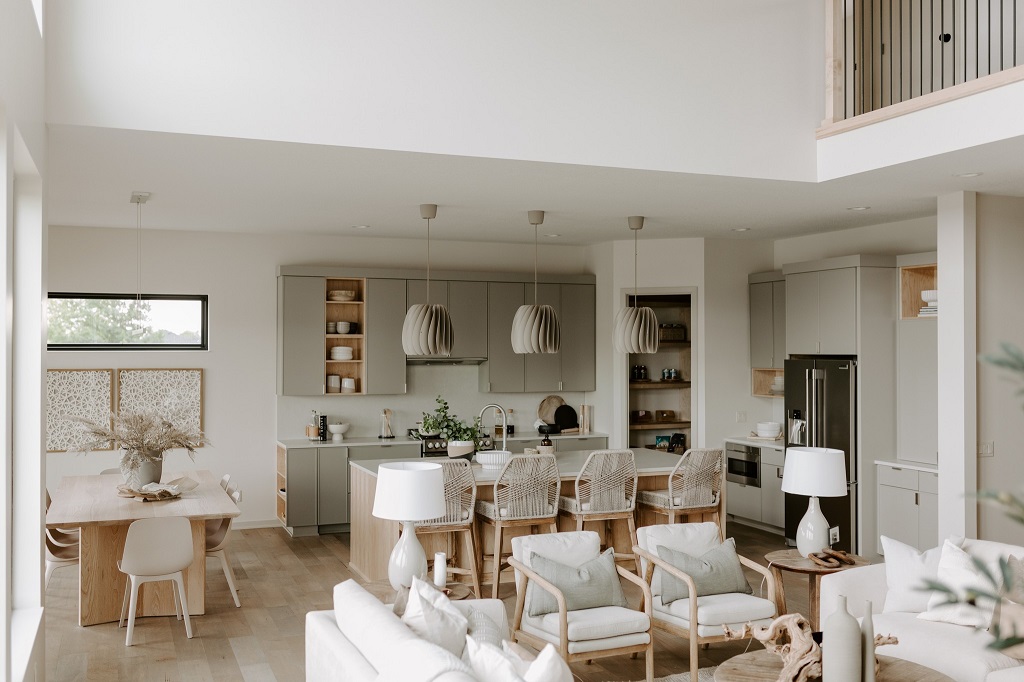 How Much Does It Cost to Build a Home in Iowa with Zenith Design + Build in 2021? 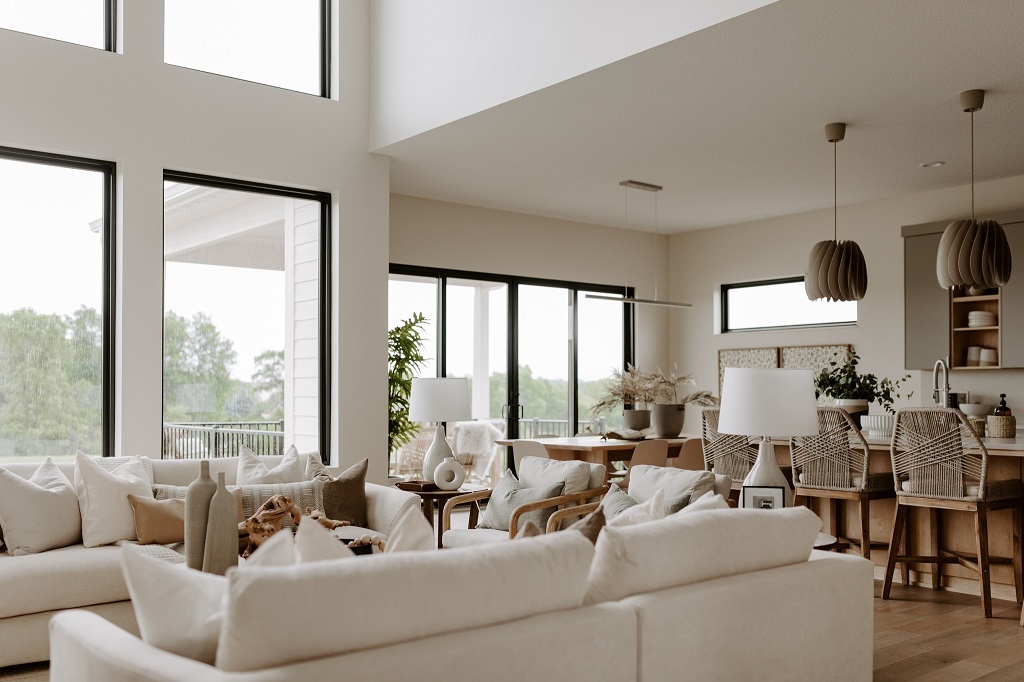 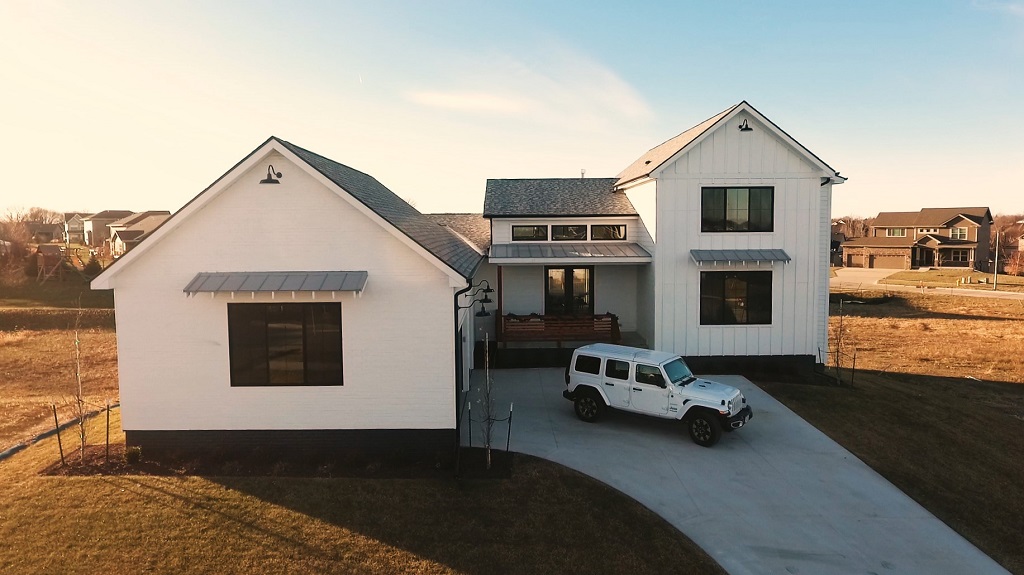 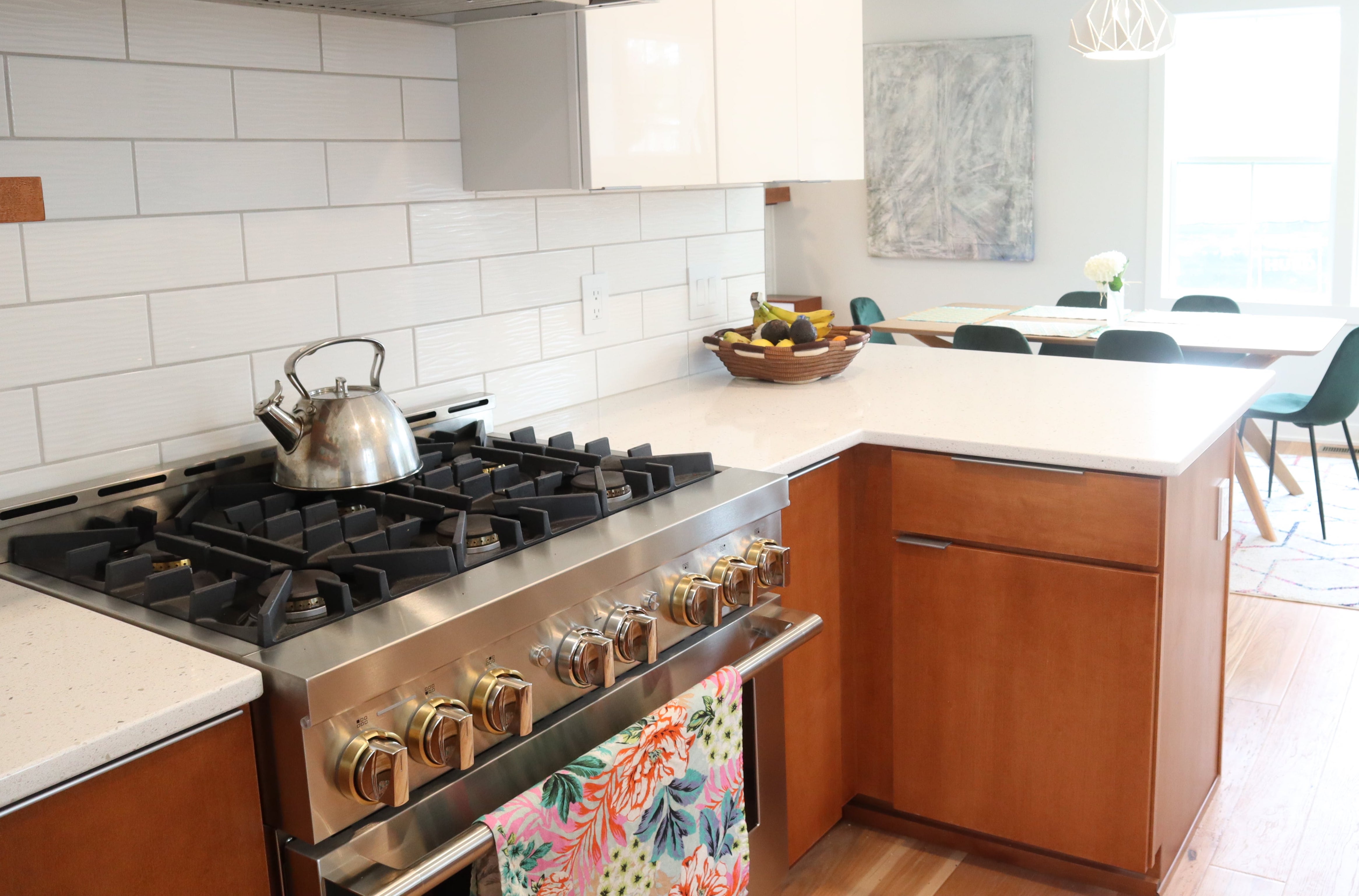 Having a Hard Time Choosing New Appliances? Here's What You Need to Know 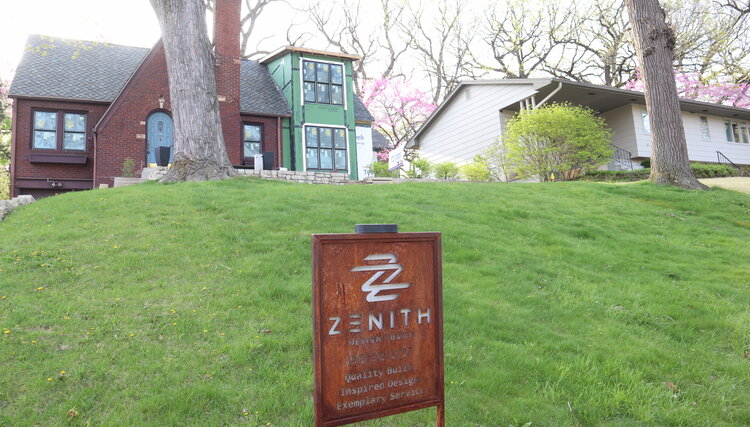 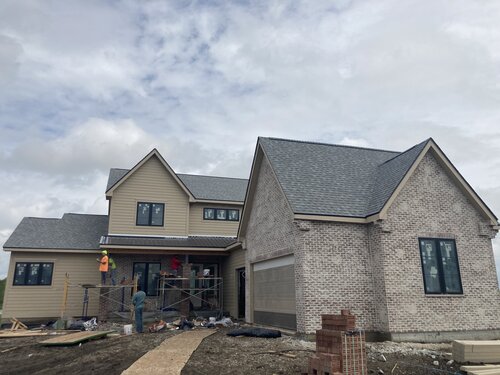 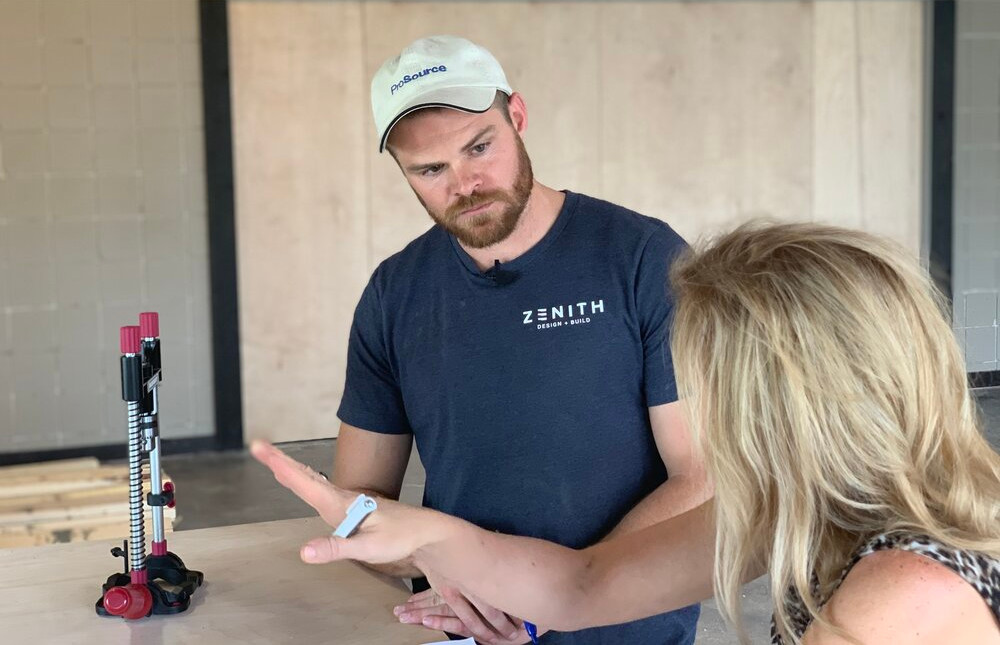 Worried About Material Costs and Delays? Here’s What You Need to Know 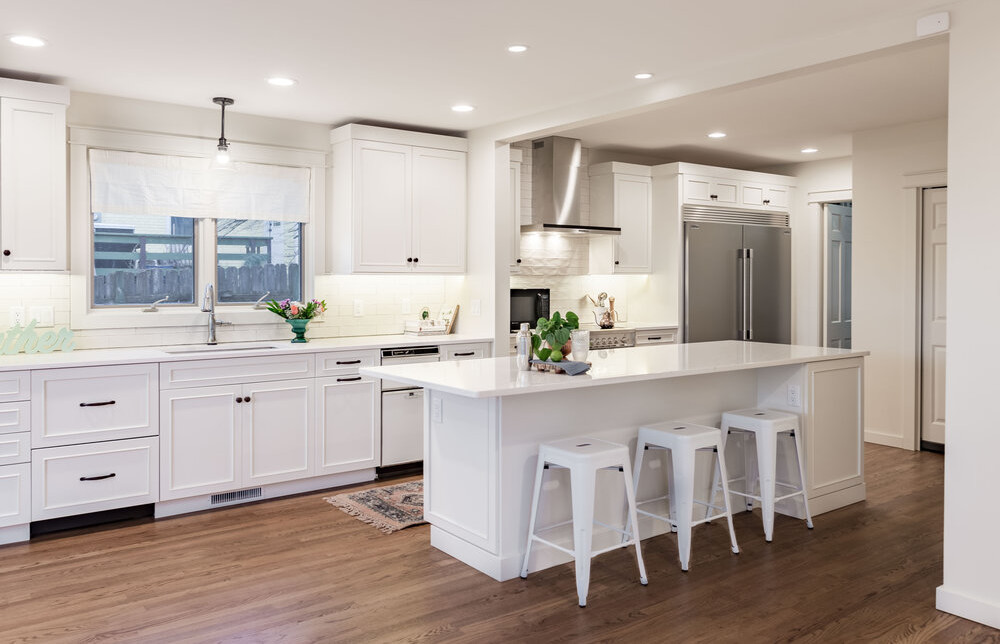 Zenith Feature: 13 Reasons to Hire a Professional For Your Kitchen Upgrade 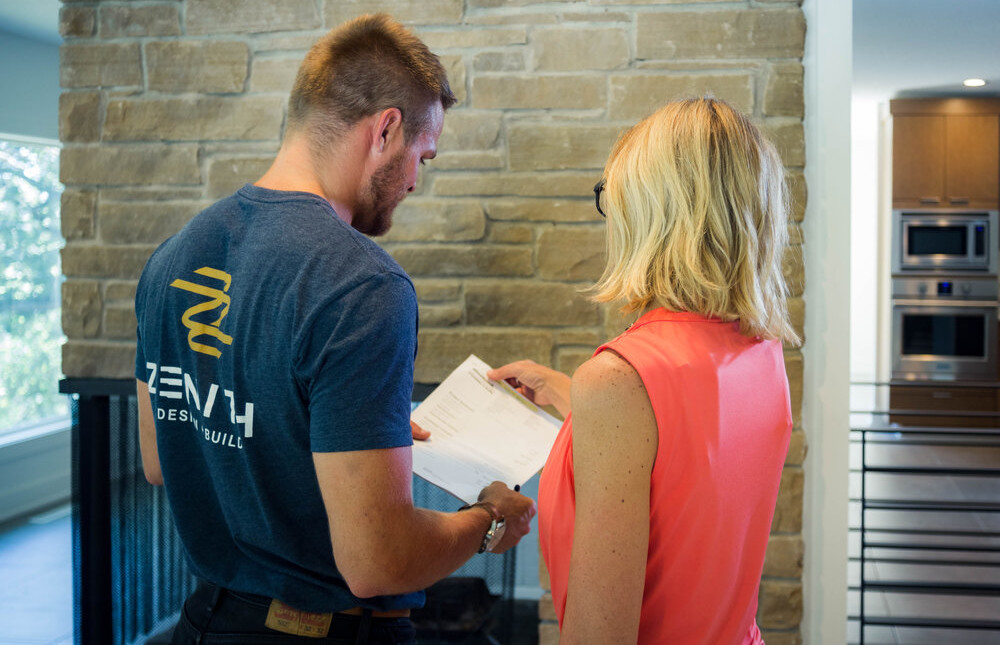 How to Plan For Your Remodel During Current Times 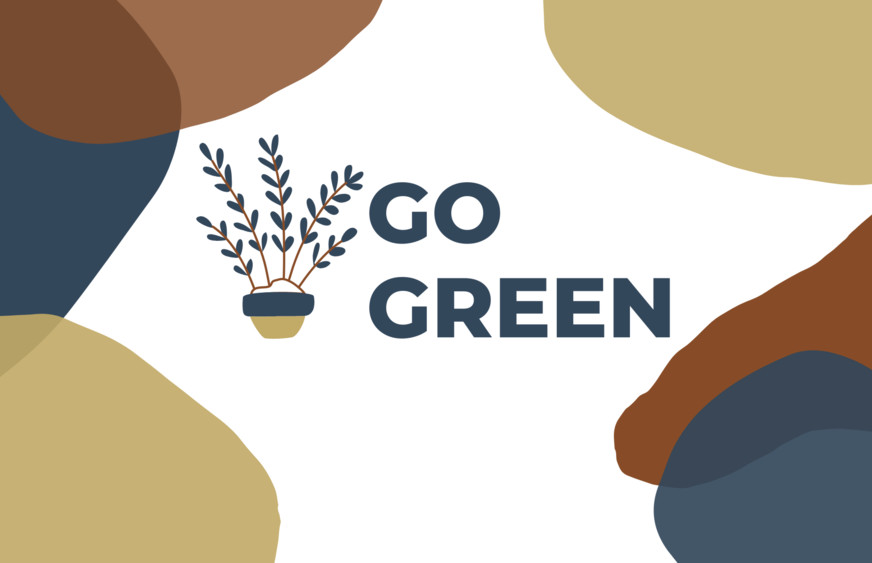 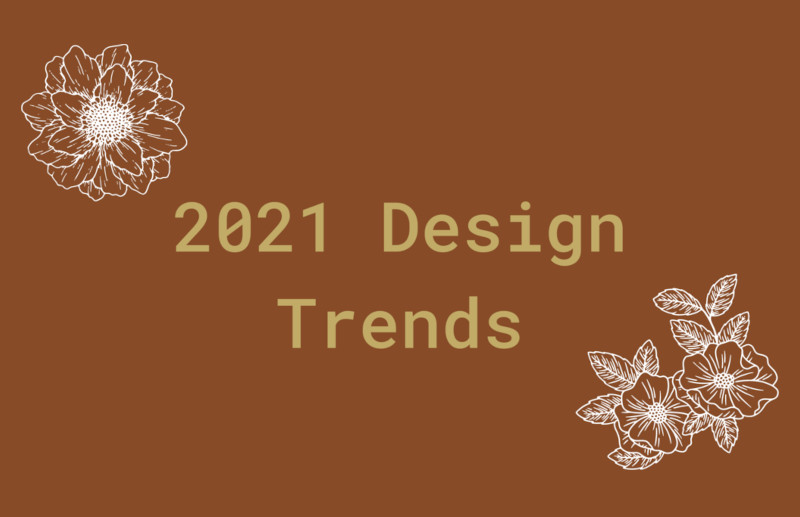 2021 Is Here and So Are These Interior Design Trends 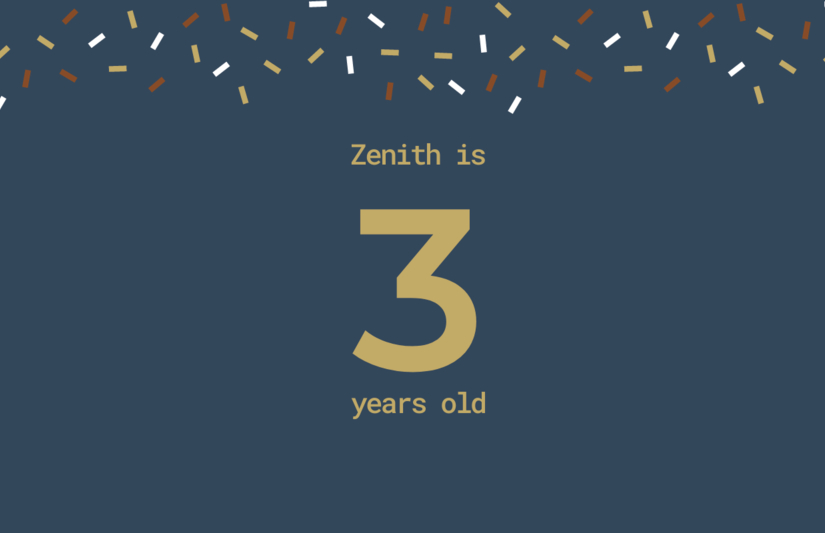 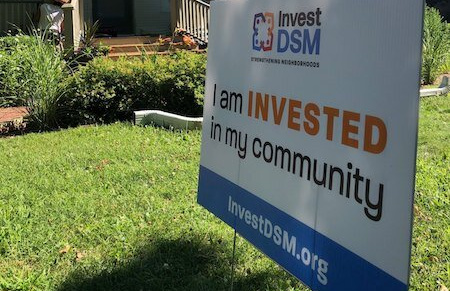 Have a Big Remodel Dream With a Small Budget? Here's How to Increase It 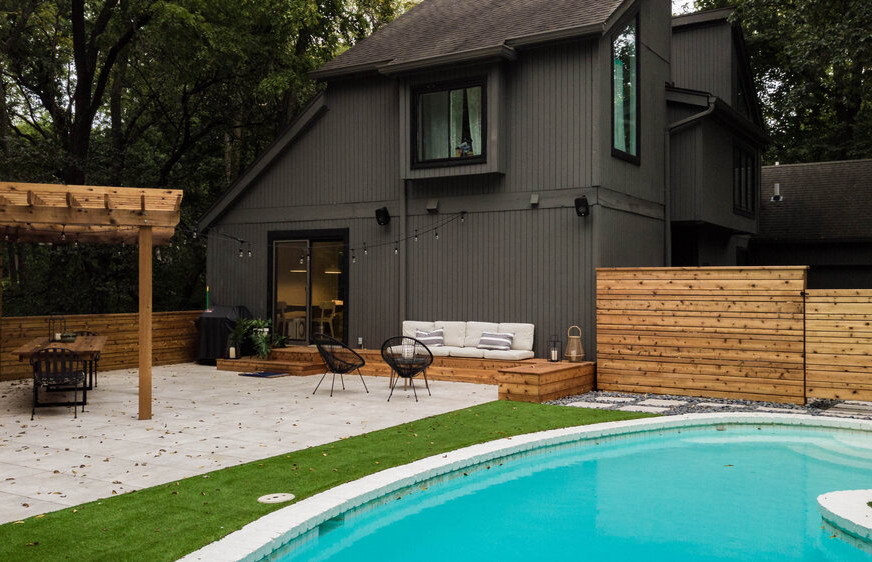 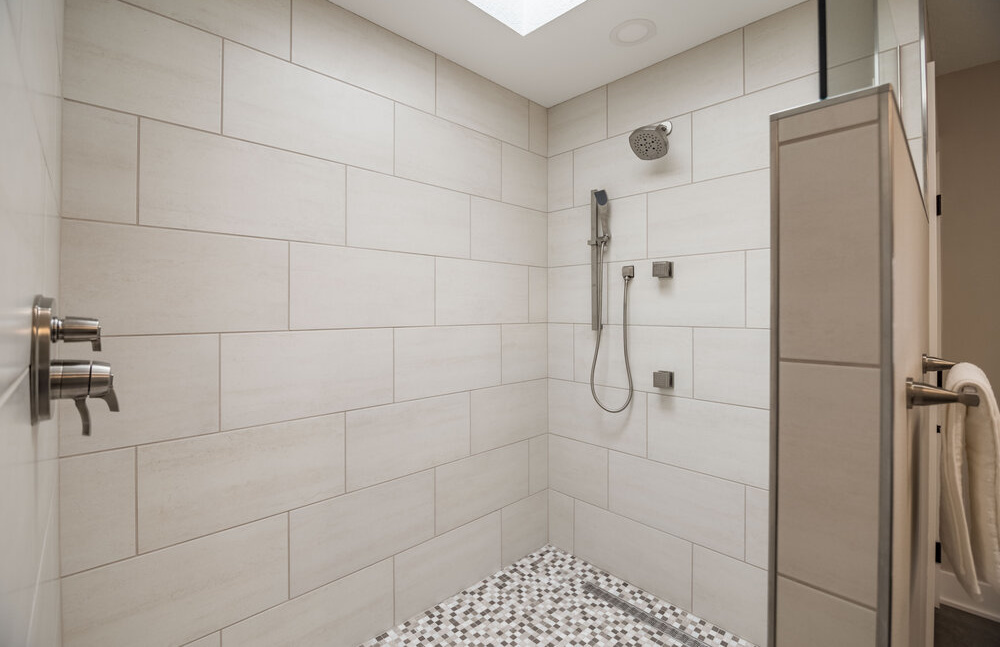 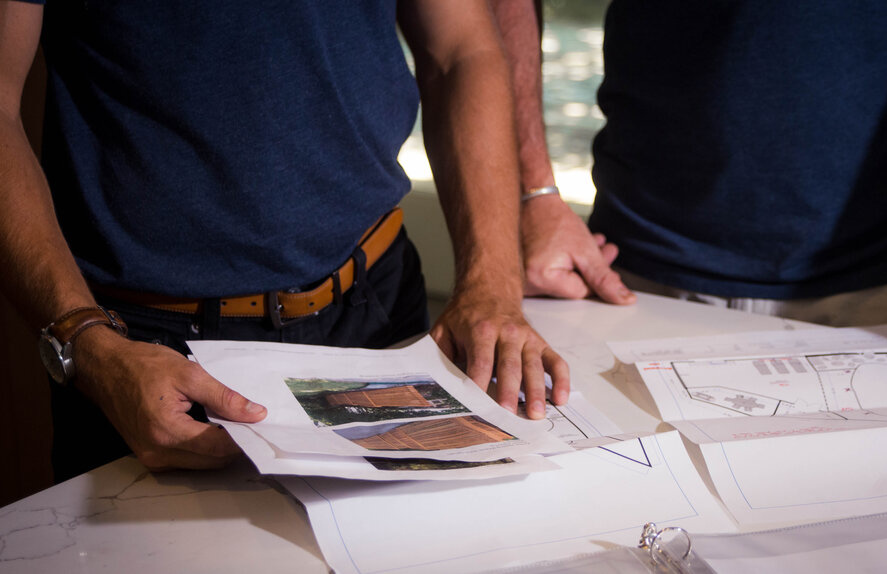 Should a Contractor Be Hired During COVID-19? 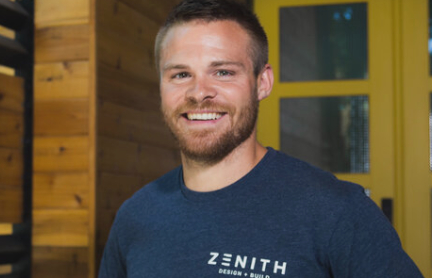 Can’t Say We Blame You. Let’s Start Talking About Your Project.